Some Serious Statistics About Your Sleep & Health

Evidence continues to mount that getting a good night’s sleep…
is essential to lifelong health. 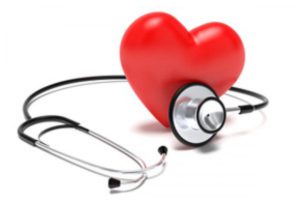 A study published recently in the Journal of Sleep shows that if young adults and teens get to bed too late at night, they are far more likely to become overweight as adults. In fact, the later they get to bed, the greater the chance they will be heavy as adults.

Actually, how late you go to sleep at night appears to be an even more significant factor than the number of hours of sleep for teens and young adults. Weight patterns established between the ages of 14-25 are likely to create a body mass index that will last a lifetime.

Meanwhile, the Centers for Disease Control has new statistics on teen sleep that are eye-opening: Fewer than a third of high school students get even 8 hours of sleep a night when they should be getting 8 to10 hours. Some may be modeling their parents. A third of adults in Canada now sleep less than six hours a night, when they should be getting at least 2 hours more. Reading your iPad in bed for 2 hours before sleep does not count and it actually hinders your ability to fall asleep (see blue blocking sunglasses).

Two other recent studies suggest that not getting enough sleep at night increases the risk of heart disease and makes the risk of catching a cold climb higher.

Meanwhile, a Columbia University study of teens and their sleep patterns indicates that the number of hours of sleep teenagers get each night has fallen steadily over the last 20 years. Inadequate sleep during high school years is now thought to also affect how well a student can concentrate. Lack of sleep also causes increase moodiness, poor immunity, and more pimples. Sleep deprivation among teens has also been linked to substance abuse. The study surveyed more than 270,000 adolescents.

It also found that female teens and children from lower socioeconomic levels get less sleep than males and students from families with more economic security.

Earlier this year, a study published in the journal BMJ Open indicated that students who have a difficult time falling asleep at night have spent more time on electronic devices like computers and cell phones. The researchers said that parents seem to have gotten the message that having a TV in a teen’s bedroom is a bad idea but have failed to deny access to smart phone screens and computers.

Better sleep habits will improve your health and wealth…

Come in and get Comfortable, For Real!
Main Menu