8 Reasons Why You Should Sleep at Work

1. Most people are walking around exhausted
Have you ever worked with someone who is half asleep and who is holding up everyone else? Workers today are exhausted even before they get to work.

In 2009, one Sleep study reported that about 35 percent of adults surveyed had napped during the previous day. It is not surprising considering that most working Canadians sleep six or fewer hours a night. The recommended amount is between 7 to 9 hours.

2. Staying at work longer doesn’t mean more productivity
North Americans have the longest working hours in the industrial world. According to the National Sleep Foundation, 20 percent of adults say they are so sleepy that it interferes with their daily activities. 85 percent of women in their thirties reported feeling tired on a regular basis. Chronic exhaustion means that despite long hours on the job, our productivity is less than optimal – It is like bouncing a basketball that is not properly inflated. 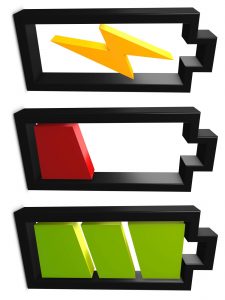 3. Nodding off behind the wheel can be very dangerous
Drowsy driving causes approximately 100,000 car crashes annually, with younger people being the most at risk. While getting a full night’s sleep before driving is ideal, taking a short nap before driving can reduce a person’s accident risk. Experts suggest that if you’re tired before you get behind the wheel, try grabbing a coffee and then taking a nap. Have a caffeinated beverage, recline your seat, rest for 20 minutes, and then wake up ready to go. Don’t forget to set your alarm. You don’t want to go into a deep sleep.

4. Catching a little shut-eye is better than drinking more coffee
People rely on artificial stimulants to get through the day, most employees consume an average of 3 cups of coffee per day.

By doing this, you start the vicious cycle between fighting to sleep and to wake. Instead of a continuous supply of caffeine and sleeping pills, what most of us need, according to experts, is a good nap.

5. Naps are Traditional and improve the overall Work Environment
I said it last week and I will say it again, in the olden days napping was the norm and everybody did it. In many warm weather countries, workers still take a nap in the middle of the day. In Greece, they call it “hypnos”, in the Spanish speaking countries it is a “siesta”. In Canada, we call it “being lazy”.

Research has shown that afternoon drowsiness is part of the body’s natural rhythm and not just a response to a heavy lunch. Most of us agree that sleep is nice, but does it help our brains? NASA thinks it does. Their research has determined that a 25 minute afternoon nap can boost workplace performance by 35 percent. A daytime nap improves mood, memory, creativity, and focus.

6. Naps should be a part of everyone’s Exercise Program
It turns out that napping makes you happy and healthy. A 25-minute power nap three times a week (just like your exercise routine) can reduce the rate of heart disease in healthy individuals by 37 percent, according to a study by the Harvard School of Public Health. So, along with diet and exercise, make naps a part of your wellness program.

7. Naps are good for Productivity and the Economy
Tired employees constitute a $150 billion-a-year drain on American businesses in the form of lost productivity, health care costs and employee absences. Corporations that allow short naps, report fewer errors and accidents. They also claim that it’s worth the slightly shorter workday because napping improves overall productivity. So, grab a pillow and a comfy blanket and start improving your company’s bottom line! 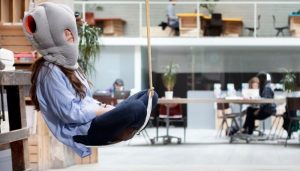 8. Sleeping on the job is a Growing Trend
The concept of napping at work is growing in popularity. Thirty-four percent of workers surveyed by the National Sleep Foundation say that their workplace permits napping during work breaks; however, only 16 percent report that their employer provides a place for them to nap.

Although the workplace nap phenomenon is growing, many companies have not yet warmed up to the idea. The picture of people laid out in the conference room simply doesn’t fly with most mangers. The idea of sleeping at work, for many of us, feels risky; especially, in today’s precarious job environment.

However, with so many people napping anyway – slumped in their chairs or pretending to be in the washroom – isn’t it time to stop playing this cat and mouse game and call a spade a spade? Companies like Google and Nike that face this reality – and don’t stigmatize their employees for being exhausted – know a thing or two about what it takes to attract the best employees possible. We have done it at Foamite, with great success, and you should too. It’s time to bring back the nap!